A project of two phases which initially began in 2012 when we designed, supplied and installed a 3 panel Sunflex SF55 bifold door.  A few years later saw the customers return to us with a design for a new kitchen/dining extension with a feature sliding doors system.  This one of a kind Sunflex SVG83 sliding system consists of 3 panels which all slide.  The magnificent design allows all 3 panels to slide beyond the external wall on an extended track for maximum open space. Effectively removing an entire wall of glass when the doors are open. 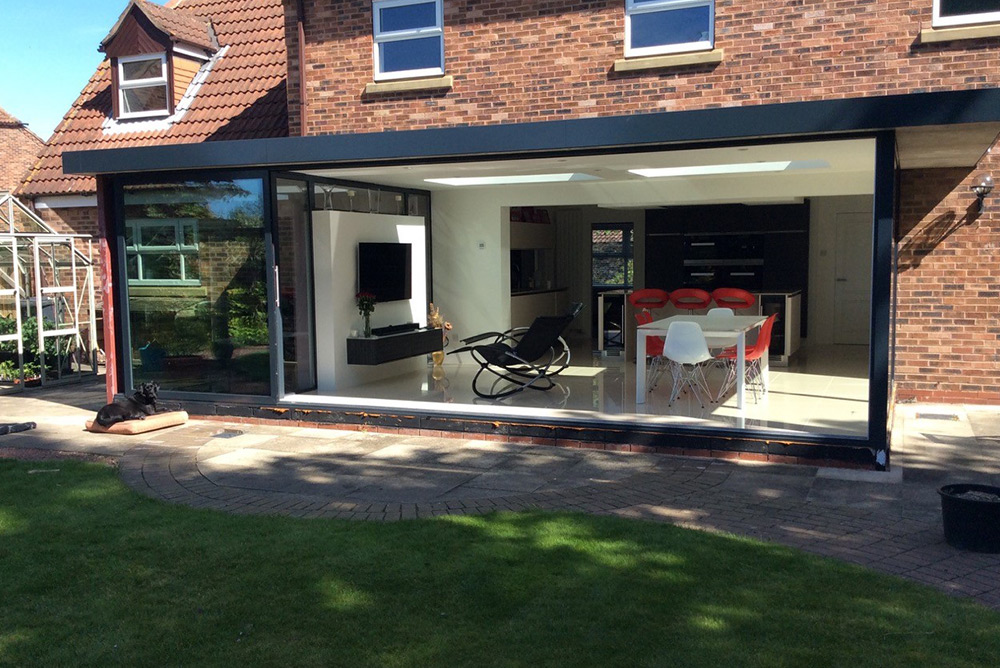 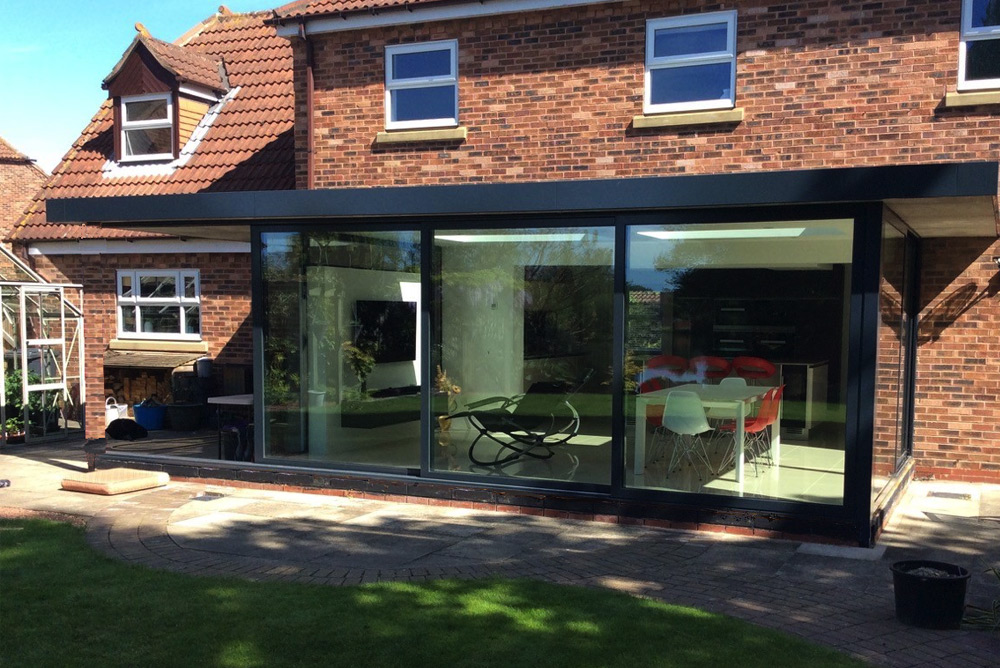 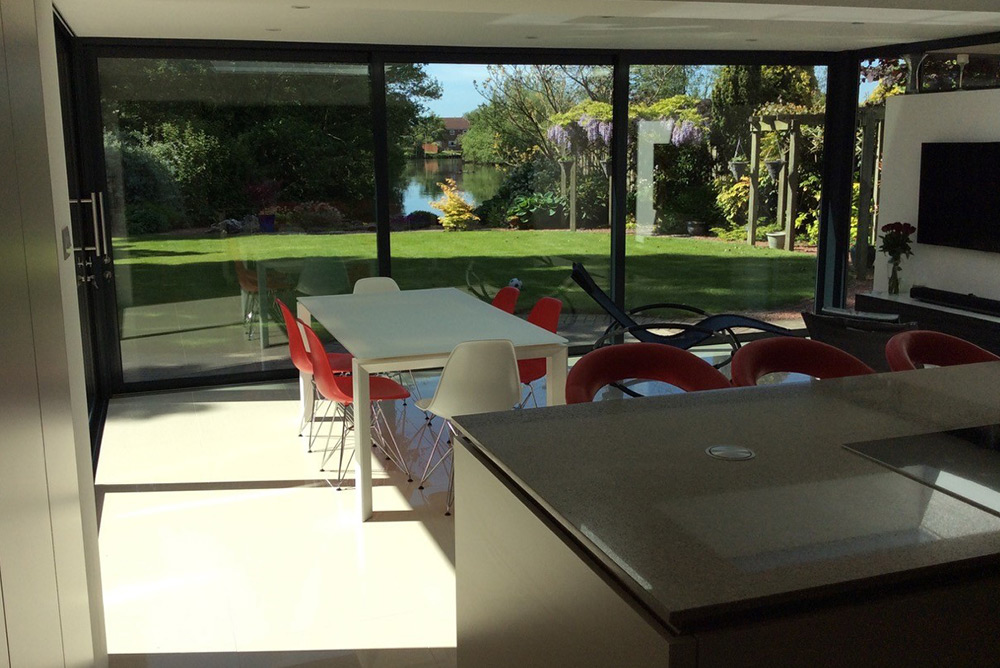 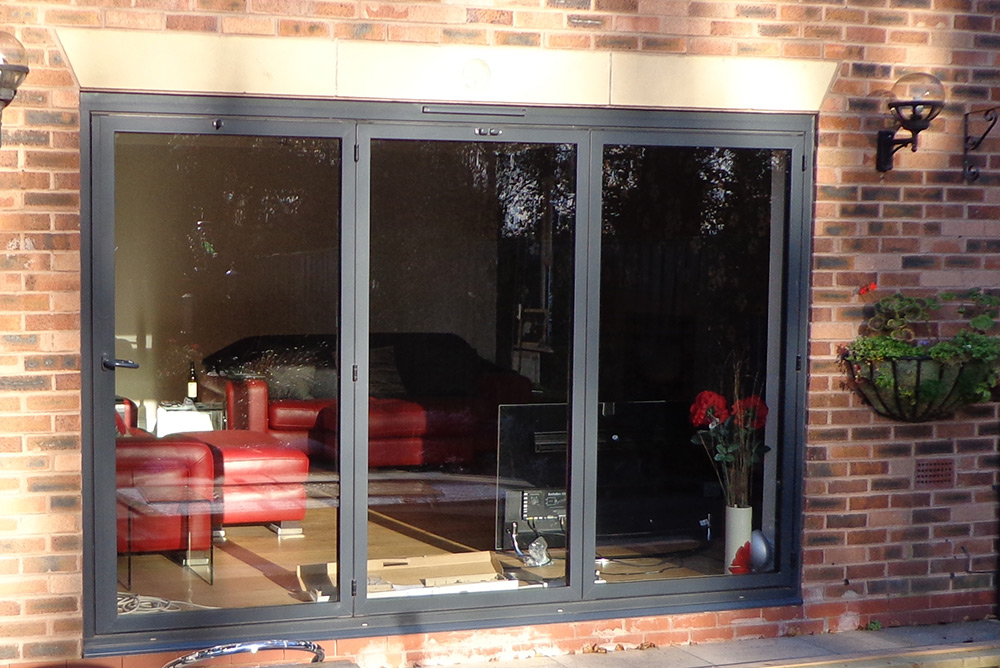 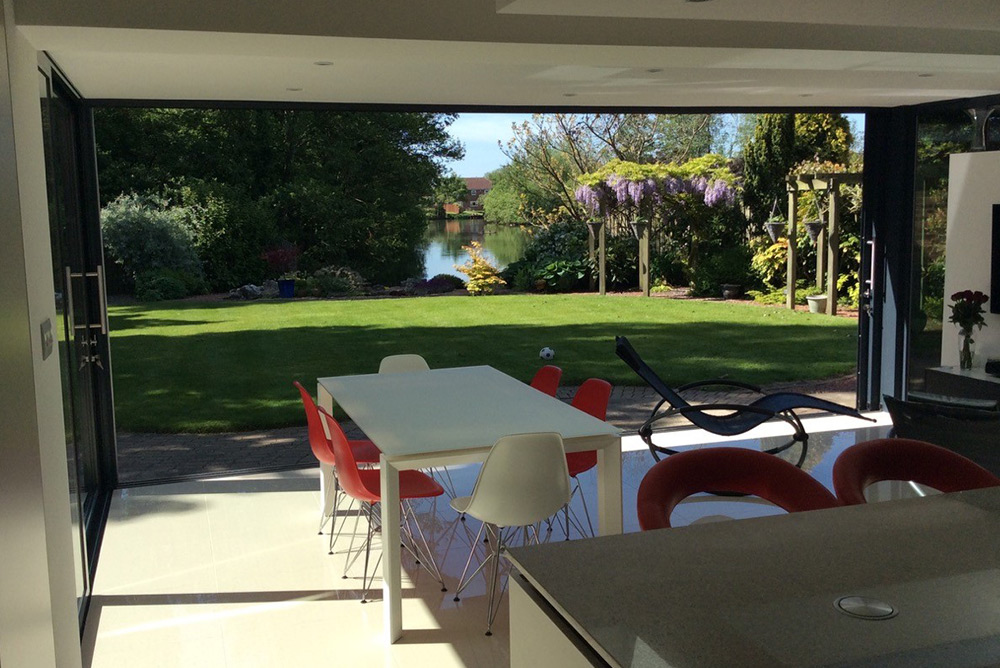